So, we’re a month into the Ruby rebuild, and here’s how things stand:

And at the front end…

Other things to consider…

So, that’s how things stand at the moment. It’s a waiting game, and we’re hoping that we’ll have the van back on the road for at least part of the summer!

Are you doing any work on your bus at the moment? Let us know in the comments!

So, as previously mentioned, Ruby is with Accrington Beetles and Campers, having her rear end and undercarriage fettled. The bumper had just a leeeetle bit of oil on it: 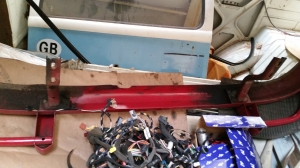 The engine is off to be rebuilt this week.

Exhaust is off too, and going to be replaced with a Vintage Speed one. 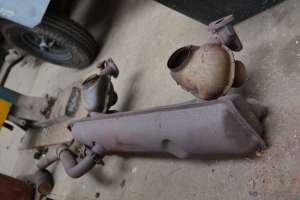 Then it was off with the front wheels and the steering box: 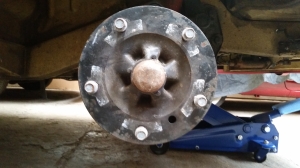 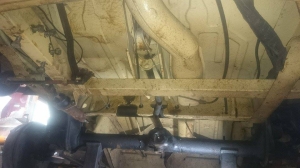 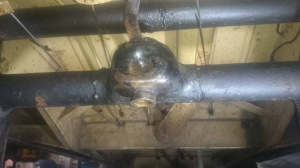 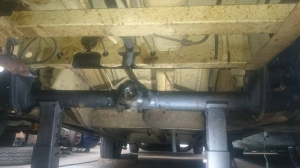 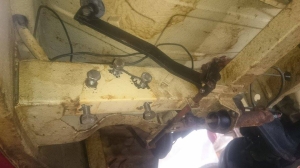 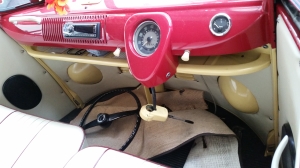 Last time I saw a dashboard like this, it was because someone had broken into my Fiat 500 and stolen my airbags and seatbelts, even down to the steering wheel in the footwell… 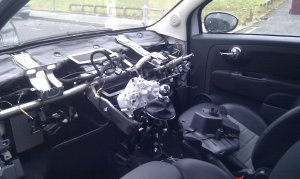 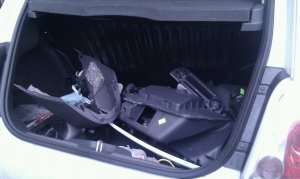 So the box and column are now out, ready to be sent down to Simon for refurb: 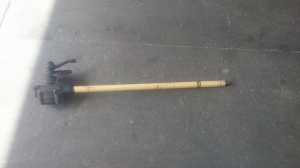 Leaving Dave with a footless Ruby to continue fettling. 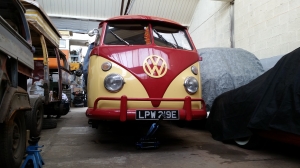 Of course, it would have been rude when visiting not to say hello to Carmen and Ringo from Vintage VWs 4 Hire: 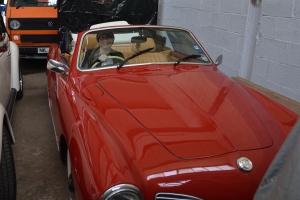 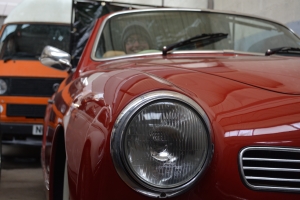 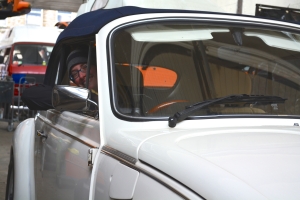 So, today was the day. We picked up Ruby-choo, and drove her to Accrington Beetles and Campers for her engine rebuild and other repairs and improvements.

That makes it sound very straightforward. Let me elucidate:

We drove to the barn where Ruby is stored. We realised that neither of us have the codes for various gates and doors saved anymore, as we have both had new phones since we first stored Ruby. Thankfully, Rooobarb’s memory is even better at retaining random information than we thought.

We took Ruby’s cover off and found that her gutters were full of spiders, and that she had been marking her territory on the floor of the barn. We also found that her battery was completely flat, so attached the booster pack and got her started. We then noticed that her back O/S tyre was flat, so used the compressor on the booster pack to pump it up. Whilst doing this, Rooobarb turned her engine off again. So she needed more booster pack to get her started. During this, Custard found a bar of dark chocolate on the bulkhead that must have been left there during our ill-fated last trip out in September. Result!

We set off, Rooobarb driving and Custard following behind, and Rooobarb announced that he was going to stop for some petrol. Turning the engine off whilst waiting for a man to finish filling his screenwash at the pump meant needing the booster pack again. However now, for whatever reason, the immobiliser, which has been somewhat of a mystery since we bought Ruby, decided now that the battery was being tampered with, and prevented the engine being started. Oh, and the battery seemed to have gone in the immobiliser keyfob. And the garage didn’t have the right size replacement battery for sale.

This meant having to push the van away from the pumps, down a slope, then up a slope into the non-functioning car wash, where it would have to be left whilst we found somewhere that sold a replacement battery. (Lady in garage: “How long are you going to be?” “How long does it take to find a really obscure-sized battery?”) Thankfully, the next garage down the road had one, although the LED on the fob still didn’t seem to be lighting up, and thanks to the traffic, it still took about half an hour to sort.

Back to the van, push to pumps, finally put some fuel in, attach booster pack, fiddle with immobiliser, get van started. We finally hopped on the motorway and cruised up to Accrington at a heady 55mph with the sun shining, to arrive with Dave and discuss our plans.

On Monday the engine will come out and be examined, we will see how much of our current engine can be used, what needs to be replaced, and start drawing up a plan for replacing other parts, such as the exhaust, clutch, gear linkage, and steering box. Fun and games! 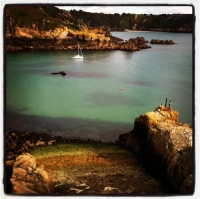